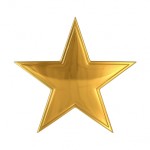 The MDA regularly honors members of the dental profession who have given back to their communities and their profession in ways that are exemplary. Each year the MDA recognizes members for their commitment to the field of dentistry and to the association, based on nominations made by the district dental societies. View this handout for further information, eligibility and entry guideline requirements.

Board of Dentistry Nomination Form 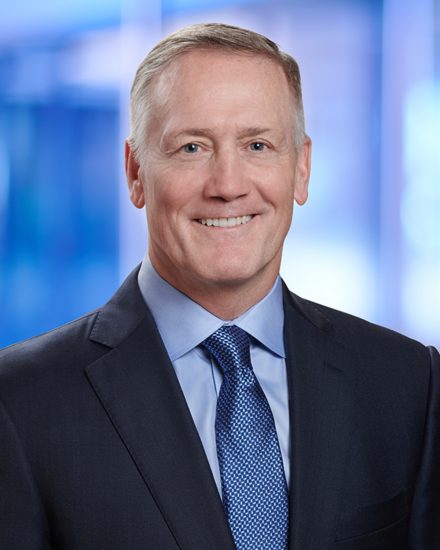 The Minnesota Dental Association is pleased to honor Dr. James Q. Swift as the 2020 Guest of Honor. Dr. Swift has demonstrated an outstanding commitment to the field of organized dentistry during his 40-year professional career.

Dr. Swift has been a member of the Minneapolis District Dental Society for over 30 years and in 2019 was named Guest of Honor at their April annual meeting. He is renowned not only as an excellent oral surgeon, but also as a teacher, speaker and author. Dr. Swift’s work underscores the concepts that “the patient always comes first,” and “health care providers must pay attention to detail.”

Dr. Swift’s many awards and honors began during his years in dental college.  They include, but are not limited to: the Dean’s Leadership Award from the University of Iowa in 1979-1980; the Superior Didactic Instructor Award, given by the class of 1988 at the Oklahoma University College of Dentistry; the Daniel M. Laskin Award for most outstanding article published in the Journal of Oral and Maxillofacial Surgery in 1998, selected in 1999; and the 2005 Robert V. Walker Distinguished Service Award, presented to him  at the 97th Annual Meeting, Scientific Sessions and Exhibition of American Association of Oral and Maxillofacial Surgeons in Washington D.C. He has been selected as an invited guest lecturer at various dental conferences, honored as a Distinguished Lecturer by the Minnesota Dental Association in 2000, was the recipient of the Department of Health and Human Services Food and Drug Administration’s Outstanding Service Award as a member of an implant working group “providing invaluable assistant to the FDA,” in 2010, and the list goes on and on.

In addition, Dr. Swift is responsible for leading the University of Minnesota Oral and Maxillofacial Surgery Endowment campaign, which raised over $1.3 million and which ultimately became the James Q. Swift Endowment in Oral and Maxillofacial Surgery. He has volunteered at the Minnesota Mission of Mercy, performed oral surgical procedures in clinic at the Union Gospel Mission, provided medical emergency calls and surgical support when needed for the Give Kids a Smile Program, and was a volunteer dentist at the 1991 Special Olympics Games. This is, of course, not a complete list; just ask to see his impressive 64-page curriculum vitae.

Please join us in congratulating Dr. James Q. Swift on being selected as the 2020 MDA Guest of Honor. 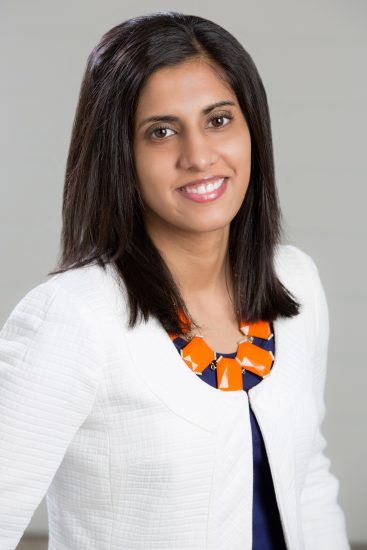 Dr. Aruna Rao is a consummate professional, dedicated to her young patients, her community, and to the practice of dentistry. Holding a leadership role in many of the volunteer and professional organizations in which she has been involved, Dr. Rao has shown a solid commitment to every project in which she has offered her services.

While still in dental school, Dr. Rao simultaneously served as a student member of the Minnesota Dental Association’s (MDA) Scientific Session Committee, Legislative Affairs Committee and national ASDA’s representative on the American Dental Political Action Committee board for two years. A 2012 graduate of the University of Minnesota School of Dentistry, she continues to serve the MDA as chair of the New Dentist Committee, and as a member of the MDA’s Resolution Review Committee and Membership Committee.

Currently practicing full time as a pediatric dentist at her practice, K.O.A.L.A Dental Care, Dr. Rao also works part time at the University of Minnesota School of Dentistry as a clinical adjunct faculty member. She is a member of the West Central District Dental Society (WCDDS), of which she is a past president and for which she serves as a delegate to the MDA House of Delegates meeting.

In 2016, Dr. Rao was instrumental in starting the New Dentist Panel Discussion “Life After Graduation,“ a presentation on what the new dentist panelists wish they would have known or paid more attention to while in dental school. Originally offered as a 45-minute Lunch-and-Learn event, the program has grown into a very popular evening presentation that spans over 2.5 hours. As the new NDC chair, she facilitates  meetings, provides support and resources to various events the NDC plans and executes, including events for graduate students and dental students, and is passionate about bringing continuing education and practice management information to members across the state using webinar technology.

Dr. Rao is a Board-Certified Diplomate of the American Board of Pediatric dentistry, earning her specialty certificate from the State University of New York at Buffalo School of Dental Medicine. Dr. Rao was selected for the 2018-2019 class of the American Dental Association’s Institute of Diversity in Leadership, where she further honed her leadership skills.  In 2020, she will be the local chairperson for the Minnesota Mission of Mercy event, to be held late July in Saint Cloud.

Dr. Rao served as an alternate delegate at the 2018 ADA Annual meeting in Honolulu, Hawaii, and in 2019 represented the MDA as a delegate at the joint ADA FDI World Dental Congress meeting in San Francisco (she served on Reference Committee C both years).

Dr. Rao has served the Give Kids a Smile event since 2008; volunteered at the Union Gospel Mission (now Hope Dental Clinic) in Saint Paul, Minnesota as a dental student, She received the American Student Dental Association Award of Excellence in 2012 and the Eleanor J. Bushee Senior Dental Student Award for Excellence from the American Association of Women Dentists that same year. Additionally, she is a past board member of the University of Minnesota Alumni Society and is their immediate past president. She has been instrumental in bringing dental students onto their board, while serving as a bridge between organizations, continually striving to  She’s a newlywed, an avid traveler, a bunny-mom and podcast junkie.

Dr. Rao typifies everything an excellent professional and leader should be, with a strong dedication to her career, a true compassion for her patients, unbending ethics, and an irrefutable strength of character.

The MDA is honored to present Dr. Aruna Rao with the 2020 New Dentist Leadership Award. 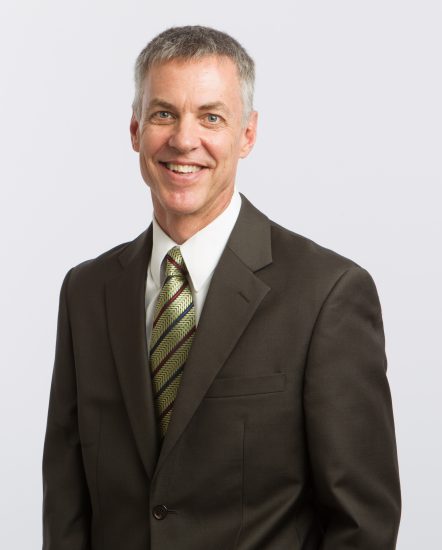 Dr. David Uppgaard graduated from Saint John’s University in 1981 and the University of Minnesota School of Dentistry in 1985.  From 1985-1986, he completed a hospital-based general practice residency at Illinois Masonic Medical Center in Chicago, a program well known for its exceptional care of special needs patients.

Upon his return to Minnesota, he joined his father, Dr. Richard Uppgaard, in his Minneapolis practice.  He has remained a Minneapolis District Dental Society member for 35 years.

Dr. Uppgaard has a special interest in providing dental care to the poor. For over 30 years he has  been a monthly volunteer at Mary Jo Copland’s Sharing and Caring Hands dental clinic, as well as instructing University of Minnesota dental students at the Union Gospel Mission Dental Clinic (now, the Hope Dental Clinic). He travels annually to St Francis, South Dakota, to provide dental care to the Lakota of the Rosebud Indian Reservation. Additionally, he has been a volunteer dentist for the Donated Dental Services (DDS) program since 2005.

According to Dr. Uppgaard’s friend and colleague, Dr. Jack Churchill, Dr. Uppgaard’s dedication and commitment to serving is not limited to an event, but is a way of life, a compassion for others that is simply a part of who he is. With a large family of eight children, no one would fault him for taking time off from volunteering, but he continues to unselfishly find time to serve those in most need.

An outstanding dentist and a truly selfless person, Dr. Uppgaard is a credit to the profession of dentistry and to the community.

The MDA is pleased to present Dr. David Uppgaard with the 2020 MDA Humanitarian Service Award. 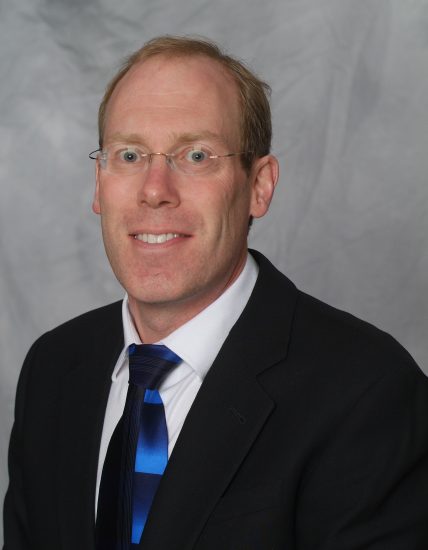 Dr. Travis Schmitt has been involved in organized dentistry for his entire 36+ year career.  A 1989 graduate of Gustavus Adolphus College, he went on to earn his Doctor of Dental Surgery degree from the University of Iowa College of Dentistry in 1993.  He returned to his hometown of Austin, Minnesota shortly after and began practicing with his father, Dr. Norbert Schmitt, Jr., at Schmitt Family Dentistry, where he remains today.

Dr. Schmitt has been an impressive leader on the district and state levels, as well as in his community. He has, at different times, served as the secretary/treasurer, vice president, and president for both the Austin Dental Society and the Southeastern District Dental Society (SEDDS). From 2001-2018, he served as a delegate for SEDDS to the MDA House of Delegates and will again be a delegate this year.  In addition, he served as an MDA alternate delegate in 2012, and as a delegate from 2013-2015, to the American Dental Association’s House of Delegates, assigned to the ADA Budget, Business and Administrative Matter Reference Committee in 2013 and 2014.

Using his extensive experience in leadership, and particularly in financial matters, Dr. Schmitt readily accepted an appointment to fill a vacancy in the position of MDA treasurer.  Dr. Schmitt brought his passion to light and provided a renewed attention to MDA finances and reserves. He worked to design a detailed reset of the Association’s financial matters which included, but was not limited to, banking and procedural changes and served alongside the Board during the sale of Midwest Dental Benefits. Under his dedicated and devoted time as treasurer, Dr. Schmitt was quick to improve the MDA’s financial position.

Dr. Schmitt’s attention to detail, and his willingness to help, make him an ideal candidate for the many roles he has taken on at the MDA. Most recently, he was appointed chair of the MDA’s Affinity Products Committee. In addition, he has graciously served his church, the Austin community, their schools, and service clubs in various positions throughout the years.

The MDA is honored to present Dr. Travis Schmitt with the 2020 Outstanding Service Award. 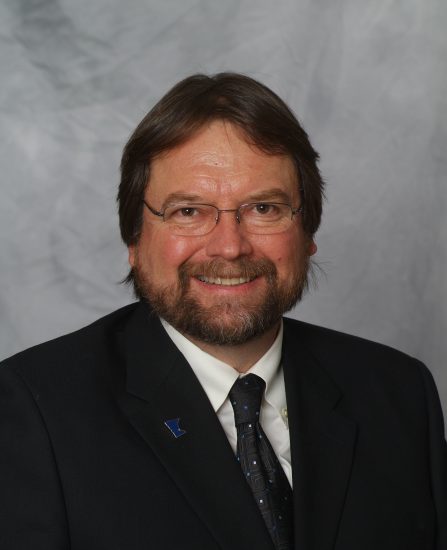 Each year, the MDA President has the honor of choosing an individual whom he or she believes stands out amongst all others.  The president carefully considers the various services each member has provided to the Association and to the profession and chooses accordingly.

Dr. David Andersen, 2018-2019 MDA president, chose Dr. John Lueth as his honoree, and had this to say about his decision:

“John has been a force in the Northwestern District.  He has been a great organizer of activities for the district.  When I dropped my membership in the MDA he was the one who called me and told me I needed to rejoin.  Anyone who knows John knows it is very difficult to say no to him.

I rejoined and then he added that I should be on the Barriers to Care committee, again I said yes.  This led me to become very involved with the MDA as more than just a member paying dues.  Without his nudge I would never have served and moved into the position of president.

During our time together on the Board of Trustees, we rode back and forth and continued to come up with ideas for our practices, the district and the state.  He has always been there to get and give advice.

His friendship is very dear to me.”

Dr. Lueth, who received the MDA Humanitarian Service Award in 2018, has served the Bemidji, Minnesota community throughout his dental career. Graduating from the University of Minnesota School of Dentistry in 1983, he has owned his own dental practice, North Country Dental, for over 30 years.  Dr. Lueth is a founding member of the Northern Dental Access Center (NDAC). Serving as the NDAC’s president for seven years, he remained on their board of directors until a few years ago.

In addition, Dr. Lueth has served the Northwestern District Dental Society as their president, as a delegate to the MDA House of Delegates, and as their trustee.  Currently, he serves as executive editor of the MDA’s    Northwest Dentistry journal.

The MDA congratulates Dr. John Lueth on being selected as the 2019 MDA President’s Award recipient.